In 2013, the Technology Association of Oregon established the Innovate Oregon (IO) initiative to inspire new education models in Oregon schools in order to develop an innovation culture in the workforce, a culture that is inclusive and prepared for the 21st century economy.

Like any high-tech startup, IO explored different approaches to upgrading education practices. Not surprisingly, it failed fast, tried again, made progress, and iterated, taking an Agile approach to reinventing education practices. After Franklin High School Innovation Summit and the Wilson High School and Portland Police pilot programs, IO moved its experiment the Petri dish of Yamhill County because of the diversity of its communities and school districts, launching with a statewide summit at Stoller Family Estate the summer of 2015.

IO leadership partnered with Dayton High School, under the leadership of Principal Jami Fluke and by 2016 Dayton:

With Dayton well underway, IO pivoted to other school districts and in 2017, IO and Construct held a Yamhill County-wide Breakaway training for administrators and School Retool trainings for teachers. Willamina held its Innovate Willamina makeathon launch and makeathons were held in the High Desert School District and the Dallas School District. In 2018, the Newberg School District launched Innovate Newberg with its first makeathon. With Construct providing the professional development training again, both Willamina and Newberg school districts held Breakaway trainings. And IO led the Innovate ‘18 COSA Conference with a makeathon involving 300 educators from around the state.

From engaging community + school with makeathons, to taking Agile and Design-thinking methods into the classroom via Construct’s professional development for administrators and teachers, the next step was to engage industry with teachers and students, completing the learning cycle. In 2017-18, Dayton and New Relic piloted the Agile Mentoring program where teachers partner with industry professional to perfect learning methods in the classroom. In 2018-19, Newberg school district trialed the mentoring program.

A key lesson learned is that changing educational practices works best when everyone in the community is included. One way to accomplish this is to hold makeathons where students, businesses, educators, and citizens come together to make and hack – and get introduced to the way industry works in the 21st century. The second key lesson is to provide the training and support that educators need to shift to a new model of learning: student-led, project-based learning, which is what Breakaway and School Retool professional development does for administrators and educators. Currently, Construct is working with a dozen school districts in the Portland Metro area, Clackamas, the high desert of Bend and Redmond, and the mid-Willamette Valley. Hundreds of administrators and teachers have gone through Breakaway and School Retool training, which impacts thousands of students.

IO and Construct’s mission is to transform education in communities throughout Oregon in order to develop a diverse, inventive, and innovative Oregon workforce with the talent to lead in a technology-driven, 21st century economy. 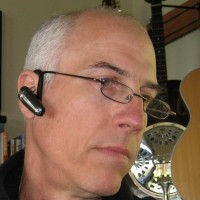